This section, we covers the process for setting up data syncs between ChartHop and Lever:

With the Lever Requisitions app enabled, ChartHop's open jobs list becomes the system of record for open jobs. Recruiters, hiring managers, financial planners, and team leads can all look at ChartHop for a real-time view of which roles are open and how recruiting is going, without needing access to Lever. 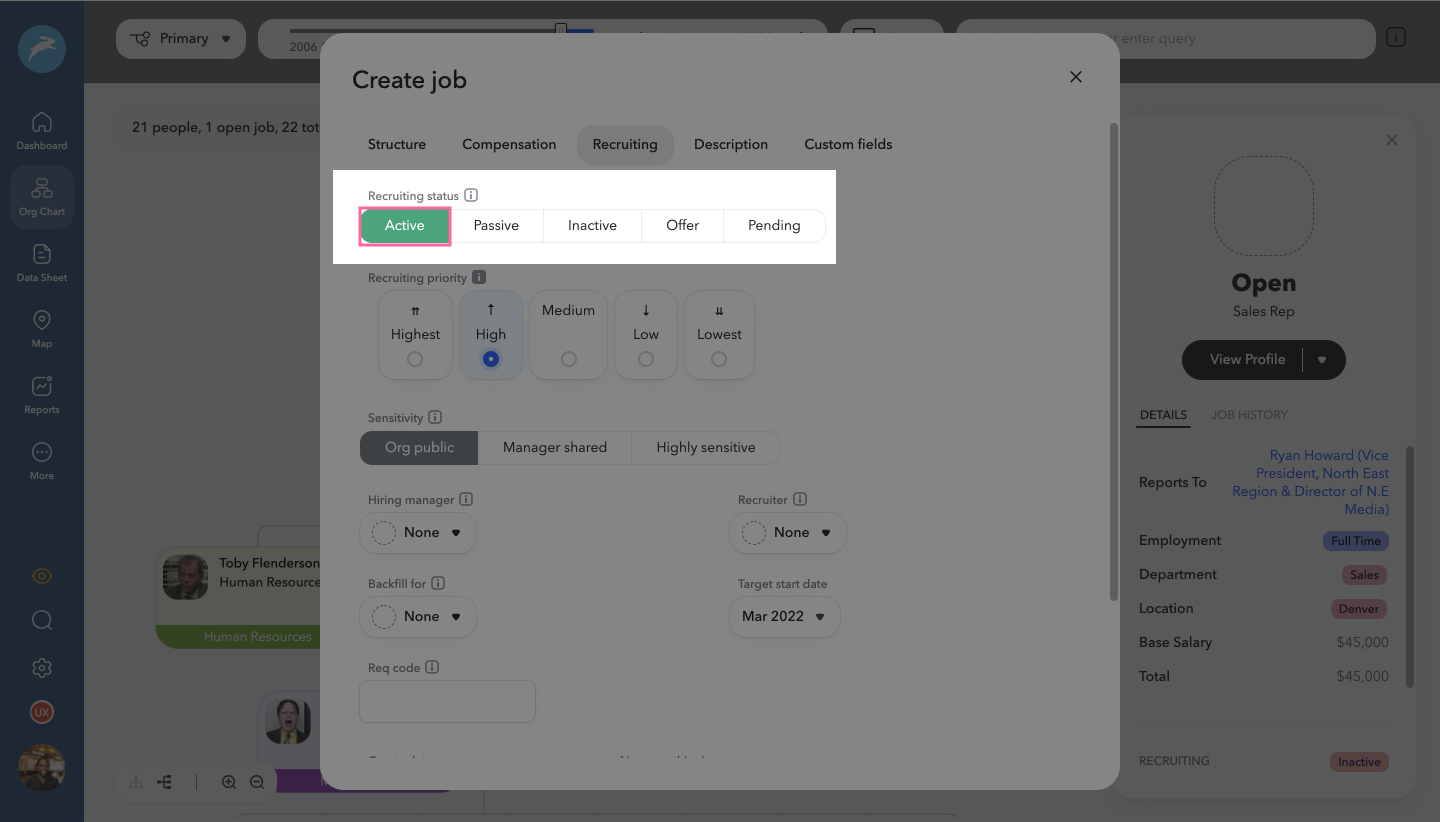 Once an open role is hired in Lever, the job opening in ChartHop is set to pending status, and the hired candidate is scheduled as a hire for that job on their start date.

A candidate must have gone through the offer stage in Lever, and an offer for them must be created in Lever, before being moved into the Hired stage.

However, also note that while they must go through the offer stage in Lever, when creating the offer in Lever, the option to send outside of Lever may be selected.

If you're using a fresh Lever account without any open roles, or you plan to purge open roles from Lever and start over in ChartHop, you can skip this section.

If you have been using a Lever account with active requisitions that need to remain intact, you can still use ChartHop as the system of record for open roles. To do this, you will need to export open roles from Lever, and then import then into ChartHop manually.

Follow the steps below to import your open roles from Lever to ChartHop. You will only need to do this once.

The export process described below requires that the Lever Requisitions app be installed and configured beforehand. 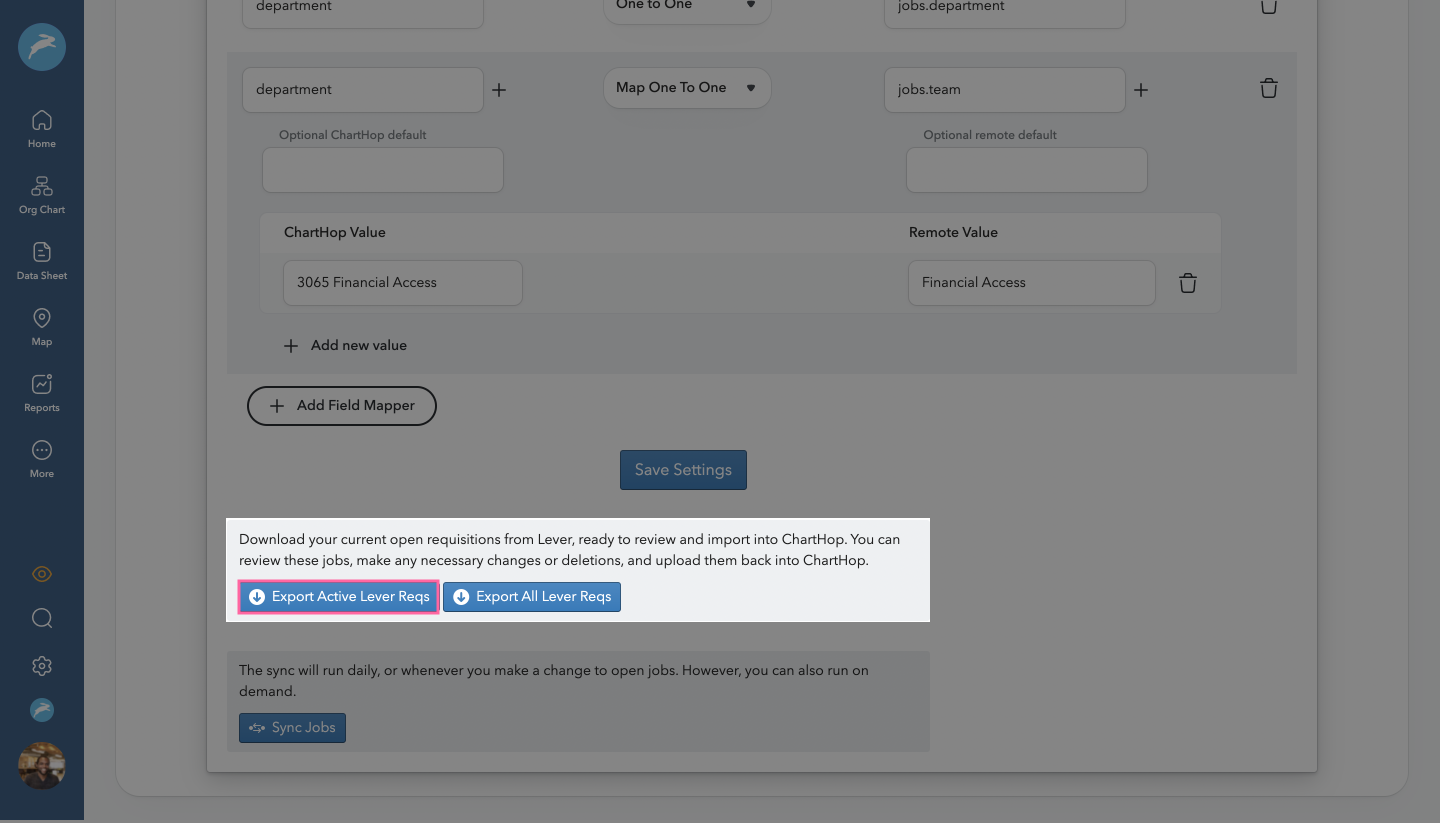 Once the upload is complete, all open jobs in ChartHop will mirror open jobs in Lever. From this point forward, use ChartHop as the system of record for open roles.

Once the Lever Requisitions app has been properly set up, ChartHop will be able to pull Lever data into your ChartHop Org.

You may run into data inconsistencies between your ATS and ChartHop due to conditions such as sync failures or changes in custom field mapping. To handle such cases, you can enable the Level Requisitions app's Reconciliation feature.

When enabled, the reconciliation performs an evaluation, and amends any discrepancies in open jobs between ChartHop and Lever along with the fields (e.g., Department, Hiring Manager, or mapped custom fields) to existing mapped jobs.

Select the Sync Jobs button to manually trigger a reconciliation

If the Run Daily option is enabled, reconciliations are triggered on a daily basis. You can manually trigger a sync by selecting the Sync Jobs button located at the base of the Level Requisitions app settings page.

Updated 11 May 2022
Did this page help you?
Yes
No
UP NEXT
Customizing the Lever integration
Docs powered by archbee

Updated 11 May 2022
Did this page help you?
Yes
No
UP NEXT
Customizing the Lever integration
Docs powered by archbee