You can propose changes to an employee’s compensation by editing the values in the yellow columns of the reviewer workbook table.

Depending on how your company has configured compensation reviews, the editable columns may be:

You can edit the suggested values in the yellow columns

Your company takes into account various factors (for example, employee performance, location, changes in cost of living, length of time since last promotion) and uses those to calculate and suggest a suggested raise amount (or guideline) for each eligible employee.

Edit compensation based on prepopulated amounts

When the editable columns contain suggested raise amounts, you can:

Edit compensation based on guidelines

When the editable columns are blank, you can:

Create an exception for an employee

ChartHop empowers you to make the best decisions for your employees, so you do have the ability to bypass the suggested guidelines or suggested amounts for an employee for special circumstances.

When you enter a raise amount or base change that exceeds the suggested guidelines calculated by your company, a flag icon can display next to the amount in the table (depending on the configuration of your compensation review).

Values that exceed guidelines can be flagged

Hovering over the cell displays a tooltip with more information about the suggested guideline for that field, so you can see why the amount was flagged.

You can also add a comment to enter reasons for the exception by selecting the Comment icon next to the employee’s name. 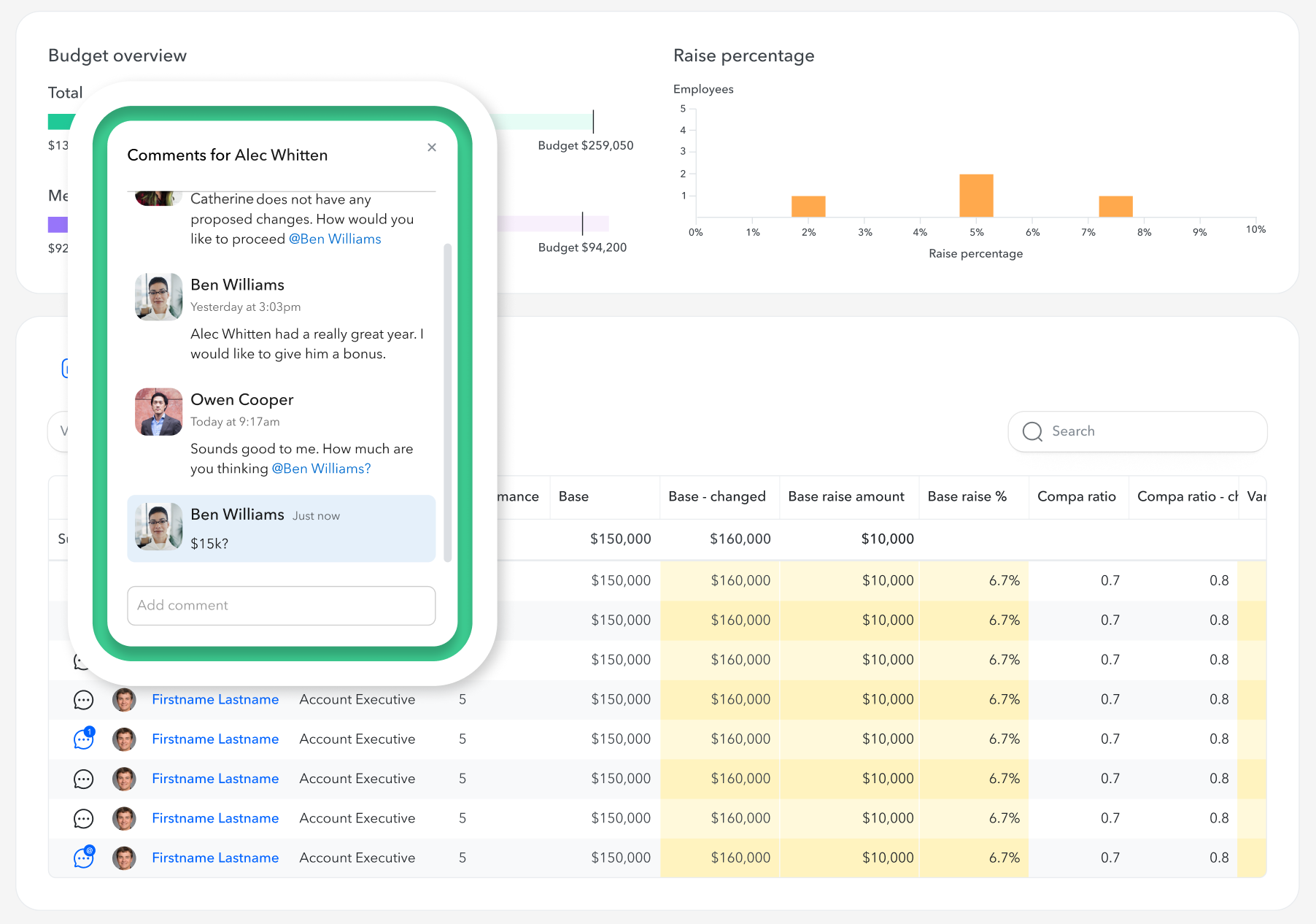 You can enter comments for each employee

After you’ve finished reviewing and editing compensation, you can view changes in employee compa ratio by selecting the Visualize compa ratios link at the top of the reviewer workbook table. 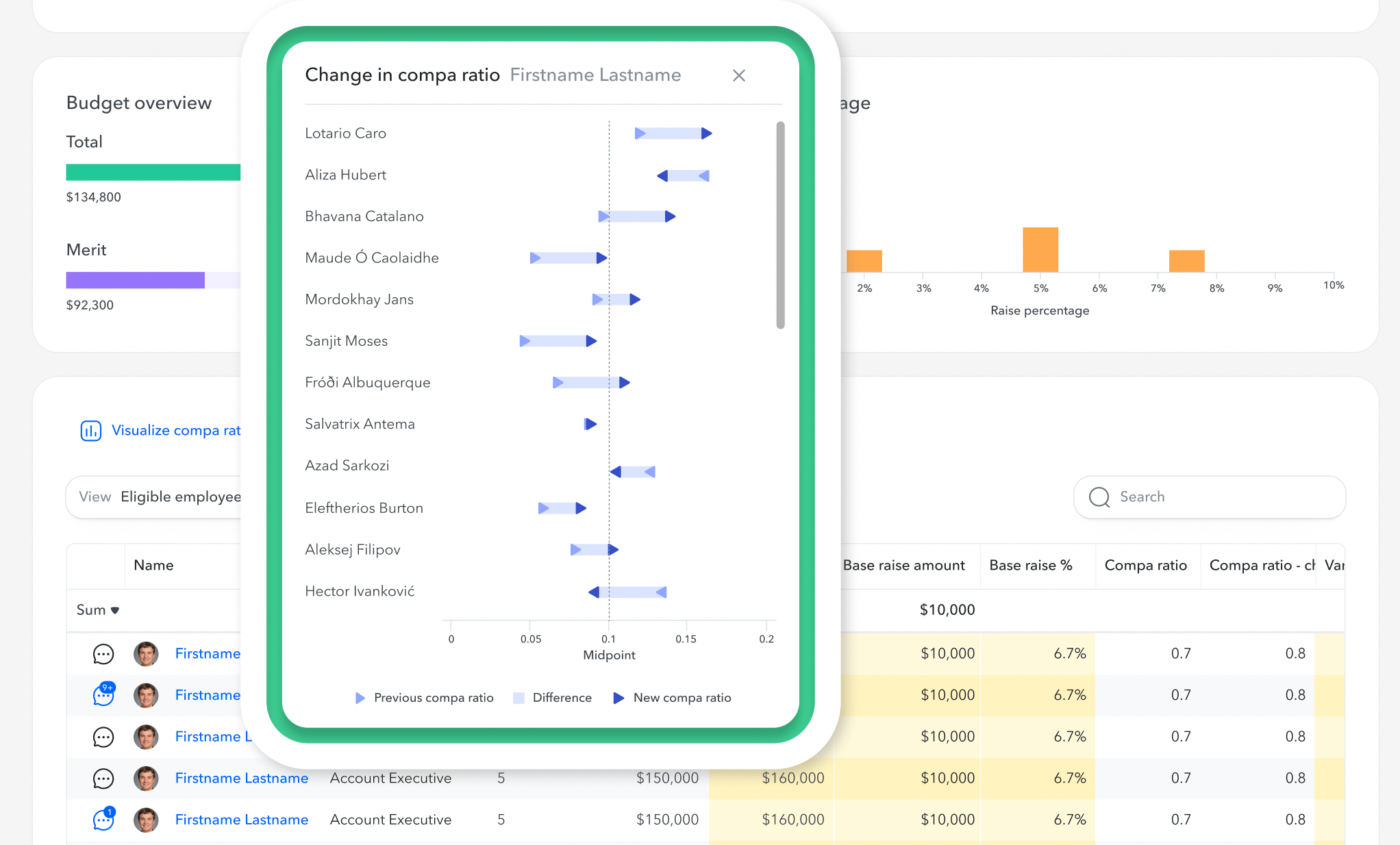 The chart displays changes in compa ratios based on the compensation changes you proposed. The arrows point to the direction in which the compa ratio changed. You can hover over the indicators on the chart to display a tooltip with detailed information about the compa ratio values.

Updated 16 Sep 2022
Did this page help you?
Yes
No
UP NEXT
Submitting your proposal
Docs powered by archbee

Updated 16 Sep 2022
Did this page help you?
Yes
No
UP NEXT
Submitting your proposal
Docs powered by archbee